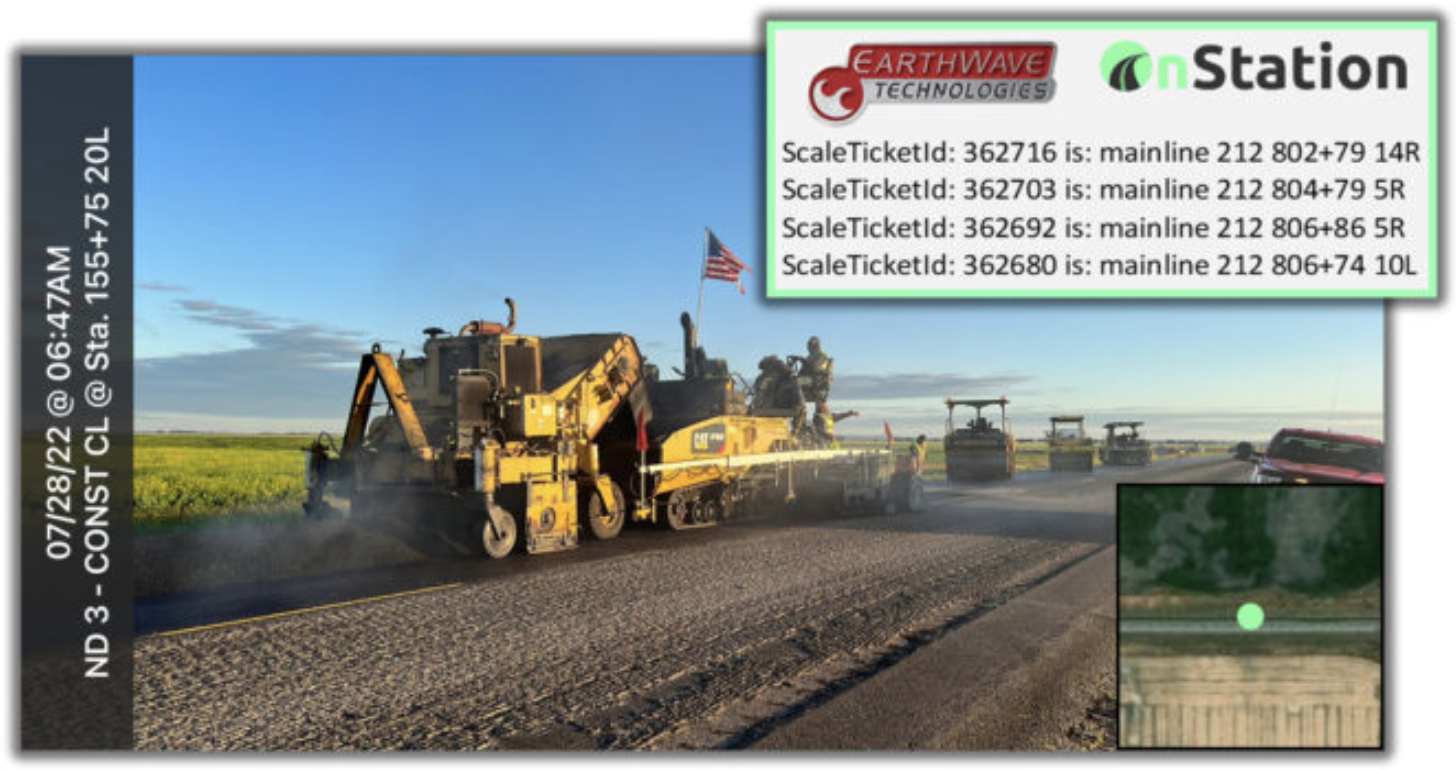 This versatile functionality is also applicable for loads of aggregate or other materials commonly used on road construction jobsites. Because it is automatically added to the e-ticket, the information is readily available to DOT and construction crew personnel, whether they reference it in a week or a year.

When a FleetWatcher equipped truck enters a jobsite geozone, the vehicles latitude/longitude is sent to OnStation. After verifying that it is part of the project, OnStation return the station, alignment, and offset where the load is deposited, which then becomes part of the e-ticket. The e-ticket then flows normally through to the DOT and construction crew personnel. The process occurs automatically and replaces manual tracking systems which are often inaccurate, and unreliable. Additionally, this Stationing information about each load is maintained in FleetWatcher indefinitely for future use.

Earthwave Technologies manufacturers construction-specific wireless telematics products which provide complete visibility to all components used within the process. Their industry-leading FleetWatcher Material Management Solution (MMS) is being used by asphalt paving contractors across the US. They also offer modules for e-ticketing, off-road construction, and more.

OnStation was developed to provide road workers and contractors with the quickest and easiest way to know their station/alignment/offset on a jobsite. The innovative project location tool designed specifically for civil engineering was initially developed in 2015 to address the oft-asked jobsite question "where are you?" In the recent years since inception the technology has evolved to include not only Station location but layers showing project design drawings, location stamped photos, measuring tools, Flag & Chat technology to record and organize the myriad of project-related conversations, and more. For more information, or to schedule a demonstration visit www.OnStationApp.com.

To learn more about this partnership, schedule a demo.