Knife River, headquartered in Bismarck, ND is one of the top 10 aggregate, ready-mix and sand and gravel producers in the nation. Since purchasing the first aggregate company in 1992, Knife River has become one of the fastest-growing aggregate and construction companies in the central, southern and western United States. They have acquired nearly 70 companies located in 14 states and are licensed to perform work in many more. Their core business lines include aggregate, asphalt, ready-mix concrete, liquid asphalt and cement. 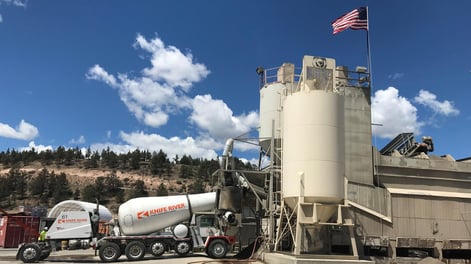 Knife River’s metro operations in Portland, Oregon has been using FleetWatcher since October 2017 to manage their trucking haul costs. Jessica Vanderzanden is their FleetWatcher Administration/Aggregate/Asphalt Dispatcher and has seen the benefits of using the software since day one. Recently her role has evolved to being a FleetWatcher manager, something that is very unique with our customer base. “I just recently presented the idea of creating a full-time position for a FleetWatcher Specialist to my company in order to utilize this amazing tool to its fullest ability. They agreed and my role moving forward will be solely FleetWatcher. I am the only one in the Metro area who is focusing on this 100%. We haven’t implemented FleetWatcher as much as we should but now that I am not tied to my seat and have the ability to be mobile I have had an easier time with beginning to see the data, send out spreadsheets on jobs and get some real-time data for these guys.”

As many can relate, resistance to change in an industry that has relied heavily on manual processes is one of the largest hurdles to overcome. Jessica has witnessed growth in old habits firsthand in the short time she has been there. “It’s just been amazing to watch people and their minds change from when I first started. Being able to make believers out of people that have been in the field for so long and aren’t known for accepting change easily- watching them see the magic has been my absolute favorite part. I have seen FleetWatcher evolve and even truly invest in us as a whole.”

What are their favorite features for the whole team?

Dispatching: “One of my favorite features honestly is just the ability to have the app on my phone, look up a truck and see real-time where that truck is. We have a lot of contractors who are wondering where their truck is at any given time. So this function has been amazing for us in dispatch to have readily available.”

Quarry Manager: “He loves having the plant production daily totals at his fingertips. He came running up to me one day when it was down and was so broken up about it insisting I get tech support on the phone, showing he really relies on it.”

Asphalt Foremen: “They love the ability to look at the job after it’s done and look at what they can improve on moving forward. They haven’t quite started to get into the habit of watching the data as the job is actually moving, but we will get them there.”

Aggregate Sales: “Jarred Walker would tell you he’s most interested in the time card function and paying-off drivers via geo-zones.”

And the customer support? “Fleetwatcher has just been impeccable with customer service. I email them and usually have a response within 30 minutes. If I call they always answer immediately. Recently I had a lot of questions regarding the shift tickets or why my tonnage wouldn’t populate on certain jobs, and T.K not only fixes the issue but also sends a how-to to work through those issues myself in the future. I feel really, really lucky to have landed this position as well as being a part of this amazing team. When I say amazing team I mean my Knife River team, as well as my FleetWatcher team.”