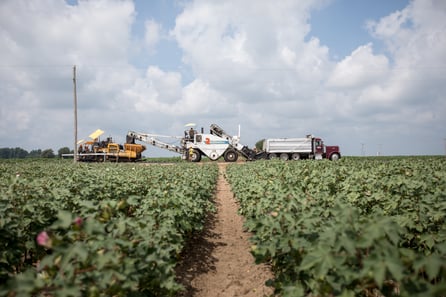 Brad Marotti, Construction Manager for Delta Asphalt of AR, Inc. in Paragould, Arkansas, has been with the company for almost 11 years, and has played a major role in FleetWatcher’s integration since they brought it on in March 2019.

When it came time to invest in a software management solution, Delta wanted to reduce its trucking costs, which was the main catalyst for the investment. Marotti explains that: “Outside of asphalt material, trucking costs are higher than any other cost on our projects. Reducing one truck per job would return the initial investment in one year. We thought that giving it a shot wouldn’t hurt us and it could be a good solution to manage trucking.”

After implementation began, the greatest value Delta started to see was it's communication was more efficient. “In construction, as we all know, things change throughout the day. Even with the best of intentions, people get left out of the loop. Having the Plant Operator, Paving Foreman, Trucking Manager, and Project Manager connected to the project through Fleetwatcher’s real-time data, communication is efficient and decisions are able to be made much quicker,” according to Marotti.

Like many companies who begin implementation with FleetWatcher, the myriad of data available has allowed them to view their project on a larger scope. Marotti shares: “For Delta, this tool quickly evolved from a trucking management system to paving management system. Comparing KPI’s such as tons per hour, paver speed, cycle times, and trucking costs per ton to bid data gives us a real-time snapshot of the profitability of the project. We instantly see the effects of decisions that are made, good or bad."

What has the support been like? "On several occasions Nik Parkison, FleetWatcher National Account Manager, has seen inefficiencies on a project and shot us a quick note. One example is below.

Plant wait times were long enough to reduce the number of trucks. We knew what was going on at that time, but this shows the level of service that you receive and their efforts in teaching you what to look for. We know we have more to learn with the system and look forward to working with the FleetWatcher team to realize the full benefits."