The True Value of Telematics

What you can do to keep your equipment moving, not missing

For Robert Turner, fleet operations manager at RIPA & Associates, the phrase “ignorance is bliss” does not apply. In underground utility contracting, ignorance is anything but bliss. With over 900 employees, 450 pieces of heavy machinery and 180 pickup trucks, RIPA is one of the largest underground contractors on the west coast of Florida, taking jobs up and down the coast of the Gulf of Mexico. On any given day, Turner’s jobsites are spread across 125 miles from north to south and 50 miles from east to west, covering six counties.

With so many teams and so much equipment in operation, Turner needs to know exactly where everything is, when regular maintenance is coming up, and what’s sitting idle. Having real-time data on RIPA’s equipment allows Turner to connect idle teams and trucks to new projects, thwart theft and stay on top of regular maintenance to maximize efficiency and prevent costly mistakes.

A transponder-enabled system designed specifically for the construction industry allows Turner to track where RIPA equipment is in the field. The wireless telematics system connects directly to the computer or bus of equipment, delivering real-time data to Turner’s office. Everything from pipe trailers pulled behind semitrucks, to bulldozers, haul trucks, water pumps and motor graders has a transponder.

“If it moves, I’ve got telematics on it,” Turner said. The system delivers actionable data, including hour-meter readings, revolutions per minute, fuel usage, temperatures, asset auto-assignment to job and more to a phone, laptop or—in Turner’s case—a 45-inch monitor in his office. At a glance, he can tell where all RIPA equipment is in the field and what it’s doing.

Weekly reports are also automatically generated to provide up-to-date information on projects. A weekly “Productivity by Project” report provides a detailed, side-by-side comparison for all equipment on a selected project for the week. This helps Turner determine how well a project is performing and if any equipment can be better utilized elsewhere. Weekly maintenance reports allow Turner to hold his mechanics accountable and let him know what equipment is overdue for service. The reports save Turner time by preventing equipment mix-ups and eliminating the massive dry-erase board or pages of journals that were previously used to track equipment maintenance. 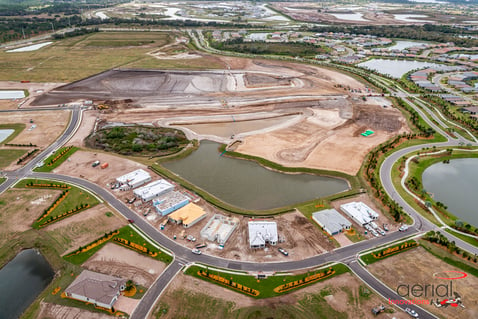 Turner recalls receiving an alert at 1 a.m. A dozer was starting up at a jobsite. Then, a door to a Conex container was opening. Turner quickly realized this was not a maintenance team that forgot to notify him they were there, but a theft in progress. He immediately notified the local police, who responded in time to foil the robbery attempt. When Turner arrived on the scene, roughly $200,000 worth of electronics and equipment were staged for pickup by the would-be thieves. The jobsite was resecured and no property was lost.

NO MORE IDLING
When Turner started using a telematics system in 2012, Caterpillar told him their
tracks would last 4,000 hours. Apparently, that was total machine hours, running and idle—because the system quickly revealed that the average track was lasting 2,300 to 2,800 hours of run time.

Operators in the field can track equipment via mobile app, and Turner keeps an eye on things from his office. Checking in on equipment is simple, and Turner can rest easy knowing accurate information is accessible across all of the company’s jobsites. With easy-to-read, accessible information available at the touch of a screen, Turner can tell where every piece of RIPA equipment is in the field, what it’s doing and when it next needs maintenance. Rather than tracking that himself—a menial and laborious task that is prone to error—telematics tracks it all for him, allowing him to do the more advanced job of sending equipment whereit’s needed next, and lining up contracts for the next project down the line. That allows Turner to manage his fleet more efficiently, preventing idle time, thwarting thieves and saving costly mistakes.

Adam Harshman is national accounts manager for Earthwave Technologies. The company’s FleetWatcher telematics system, designed specifically for heavy construction, provides actionable data so that decisions can be made in real time to drastically impact efficiency. The company is celebrating its twentieth anniversary.
Harshman may be reached at adam.harshman@earthwavetech.com. Visit earthwavetech.com