How to Manage Unproductive Fuel Burn

In the last year, fuel prices have skyrocketed by more than 50%. We’ve seen many contractors struggle with the sudden and unexpected rise in costs and the effect it has had on job profitability. Fortunately, we’re here to tell you that although you can’t control the rise in fuel prices, you can control unproductive fuel burn.

“You’re not paying fuel costs just to put diesel in a piece of equipment, you’re paying fuel costs for production,” Says FleetWatcher Strategic Sales Manager, Tyler Hackman. Tyler goes on to say that oftentimes fuel burn can be attributed to allocating too many pieces of equipment to a job, or workers leaving their equipment running through breaks during a job. Either way, idle time is preventable and fuel does not necessarily need to be considered a fixed cost.

For example, if you take a look at the fuel summary report below you will see columns that list the number of gallons of fuel that have been used for each piece of equipment every day. The green represents the fuel usage that occurred when the excavators were being productive, and the red represents fuel burn when the excavators were idling during the job. In other words, the red bars show which excavators had unproductive fuel burn for the day.

When contractors can see which pieces of equipment are idling, it allows them to take corrective action and cut costs when necessary. FleetWatcher also offers escalating Idle Alerts. This feature informs managers when an idle time threshold has been exceeded. Users set an acceptable idle time and when that threshold has been reached, an alert is sent through email or text. 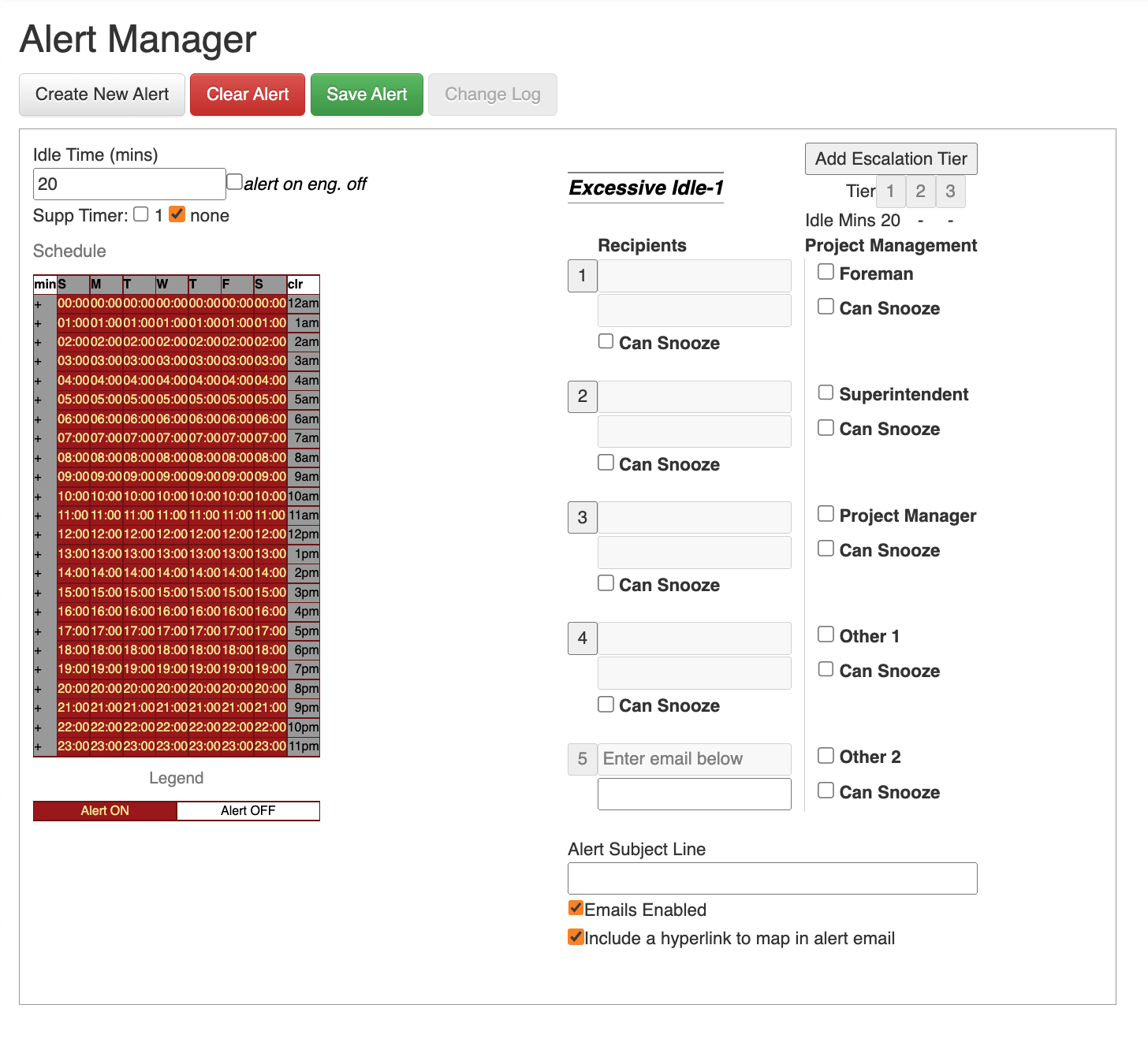 Understanding where unproductive or idle fuel burn is coming from is the first step in reducing fuel costs and improving job profitability. For more information, schedule a demo today.